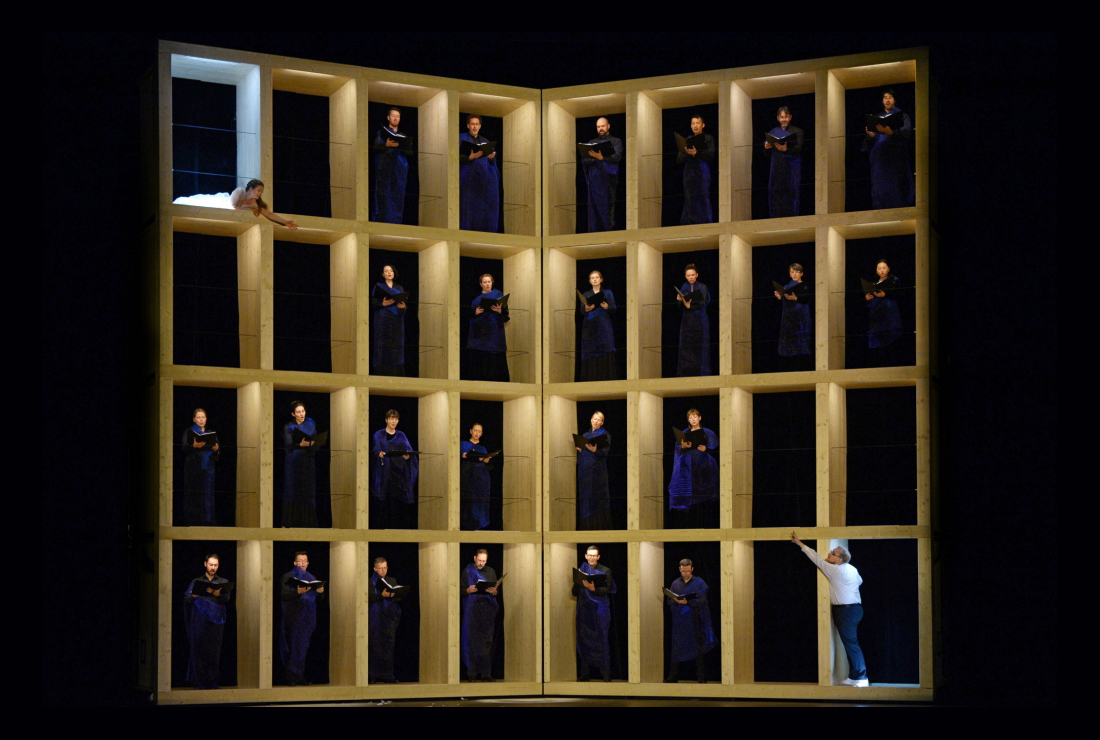 The Swiss composer Frank Martin’s plan to set the legend of Tristan to music in a new way, 60 years after Wagner, was single-minded and brave. Another Tristan emerged, subtitled a secular oratorio, as a clear »counterpart« to Wagner’s opera. Unlike its overwhelming, musically dramatic forerunner the Swiss composer wrote for solo voices, vocal ensemble, six solo strings and piano. He distanced himself from Wagner further in his choice of literature, taking up the 1900 Le Roman de Tristan et Iseut by the French Middleages researcher Joseph Bédier instead of Gottfried von Straßburg’s narration. Martin’s chorus tells and comments on the story while Tristan, Iseut and King Marc, are soloists. Told in 18 scenes, a prologue and epilogue Martin shapes the story of Tristan and Isolde from the voyage to Cornwall, where Isolde is to marry King Mark, against her will, to their deaths. The composer avoided large-scale theatrical effects, emphasizing the ambivalence of the characters with complex chamber music instead.