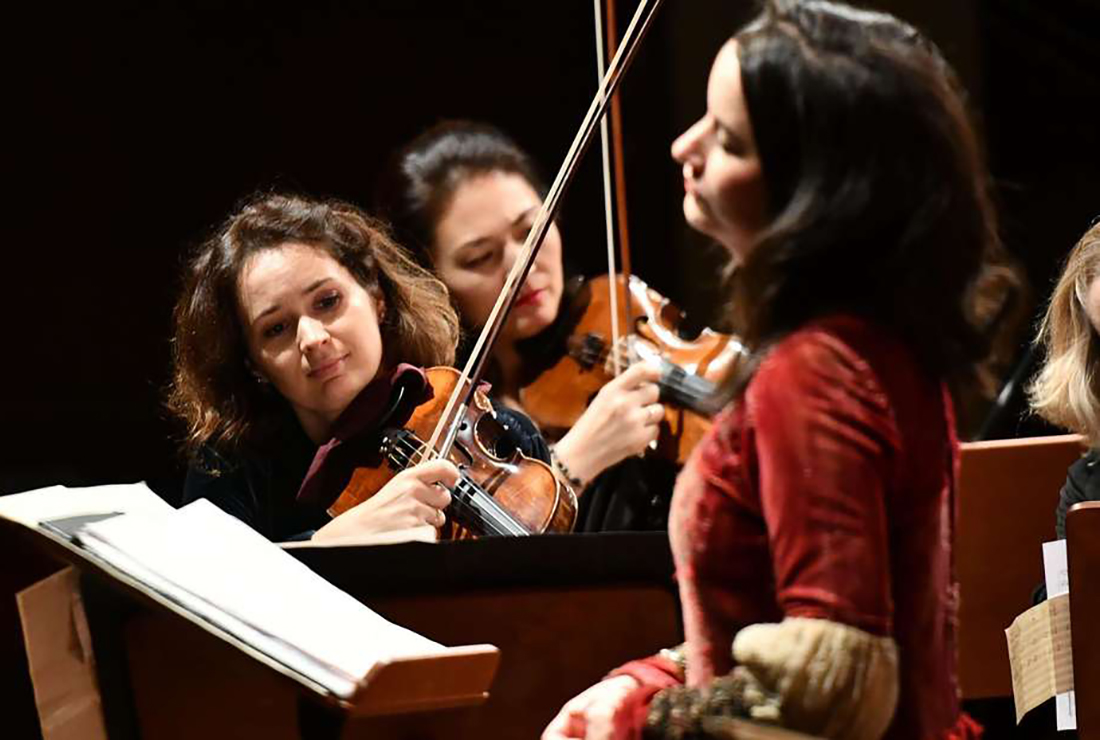 Accompanied by Ensemble Resonanz, the virtuoso vedettes Patricia Kopatchinskaja (violin) and Anna Prohaska (soprano) weave a colourful musical tapestry around the figure of Mary – or rather, around the changing guises in which she has inspired composers down the centuries. Not only is the dejected Stabat Mater featured, but also Mary Magdalene – who will later have a highly contested reputation – lying at the feet of the crucified Christ. A kaleidoscopic portrait, therefore, and not just in a thematic sense. The collection of short works reaches from the 12th century to the present day, places George Crumb alongside Gregorian chants, and goes from Hildegard von Bingen, via Haydn, to Frank Martin and György Kurtág. A dizzying musical trip that only absolute stars like Kopatsjinskaja and Prohaska can truly nail.